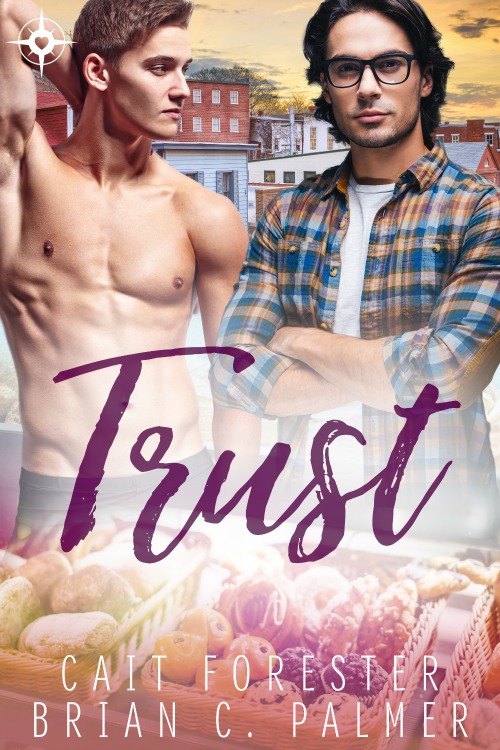 Amazon
Part of the Men of Virtue series:
Editions:Kindle: $ 3.99Paperback: $ 12.99
View on Goodreads

I'm never going to be stuck in that life again.

After his homophobic father dies, Trey Pierce decides to blow his inheritance on the trip of a lifetime - travelling to all fifty states, and finding a hook up in each one as one final salute to the man who'd driven his mother to an early grave. Of course, he expects to make it a little bit farther than the next state over.

I just don't want to let them down.

Willow’s End, Missouri, hasn't had much going for it after the mill closed down. It's the last place you'd expect to make it as a small bakery owner, but thanks to some out of town orders and his grandmother's secret recipes, Charlie Baxter gets by. Even if being an out gay man in Willow’s End is nothing short of isolating.

When Trey’s car breaks down just outside the town limits, he doesn’t think much of waiting in some podunk little town for the necessary repairs. He’s off to see the world – not how many businesses have shuttered their doors in a once-grand Main Street. But when Trey recognizes Charlie from a flirtation they’d shared years ago, he wonders if Charlie isn’t the key to checking Missouri off his bucket list.

There’s just one problem: Charlie doesn't do casual, and Trey? He doesn't settle down.