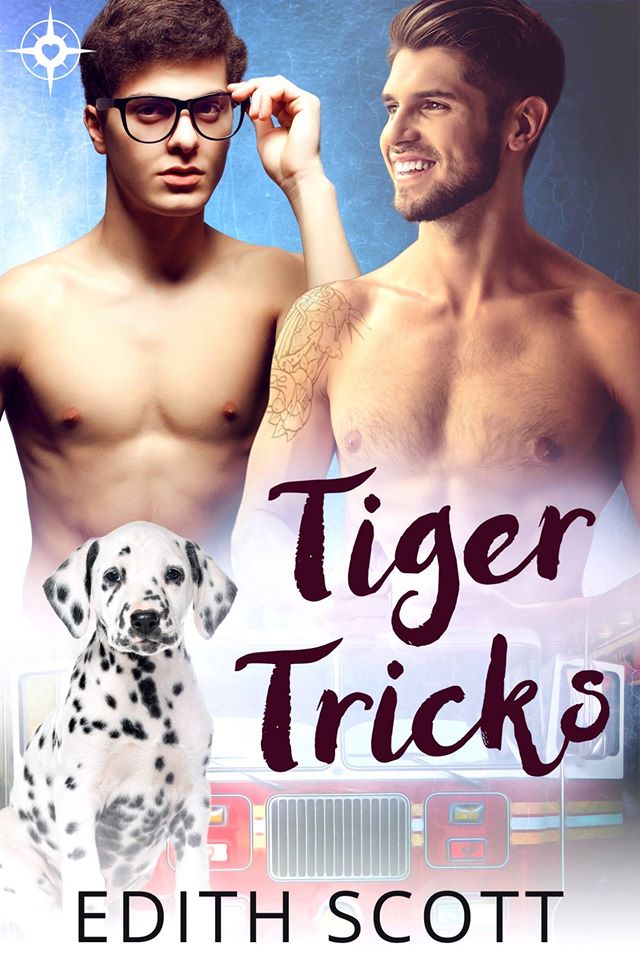 Amazon
Part of the Welcome to Amberly series:
Editions:Kindle: $ 3.99
View on Goodreads

When a crazy fan sends bad boy fireman Rhett Hayes an unruly Dalmatian puppy, he's ordered to take the dog to the local shelter. He needs to focus on his certifications or he will lose the only job he's ever wanted. But after spending his childhood in foster care, Rhett can't bring himself to put the terrified creature into the system, no matter how unprepared he is for a dog like Tiger. The shy nerdy guy at the shelter with dark eyes, glasses and skinny jeans, offers to help him train the puppy, but their overwhelming chemistry threatens to upend Rhett's lone-wolf ways.

Oscar Elswood was a rising social media star until an ugly public breakup drove him to the idyllic Amberly. Determined to stay out of relationships and live the analog life, Oscar spends his days remodeling his house and working in the local dog shelter. When the hunk on his kitchen calendar walked into his shelter cradling a Dalmatian puppy, Oscar can't let the distraught fireman fail and offers to help train the dog. Rhett's sexy tattooed muscles and alpha blue-collar ways make it extra hard for Oscar to ignore the fire between them.

Unfortunately, no one pays if you don't work and Oscar's running out of money. Meanwhile, Rhett's landlord evicts him because of his new furry friend and he has nowhere to go. When Rhett answers a rent ad, it seems like fate that it's Oscar's guest house. Their attraction is undeniable, but can the bad boy fireman who doesn't do relationships admit his growing feelings before it's too late? Can the love-shy celebrity put aside his fears and believe that a tiger really can change his stripes?