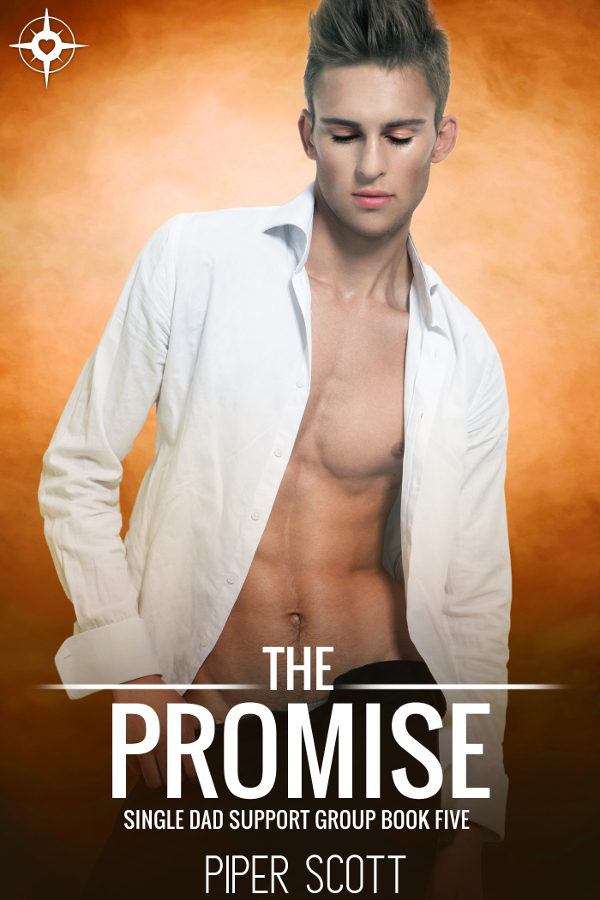 When an ex-boyfriend turns Jayne’s night out into a living hell, he has no choice but to make a deal with two hot, hunky, would-be bodyguards. The promise? If they can get him out unscathed, Jayne will do anything they want…

Sarcastic, snarky, and totally fabulous, when single dad and bioethicist Jayne is cornered by his abusive ex-boyfriend on a night out, he comes up with an escape plan on the fly—find the biggest, strongest, and thirstiest man in the club, and seduce him into giving Jayne safe passage home. Easy. Over the last few years, in a bid to mask the pain of loss, Jayne’s bedded more men who fit that description than he can count, and he knows he won’t have any trouble bagging one tonight.

Until one becomes two, and suddenly, nothing’s so certain anymore.

Everett’s secret relationship with his lifelong best friend is on its last legs. The promise? It might be what saves them.

In love with a man who can never give him what he needs, Everett sees the writing on the wall. While he and his boyfriend, Caleb, have made an arrangement that keeps them together, they’ll need something more if they want their relationship to last. Nights spent at the club finding beautiful men to take home and share are nearing their end. With a promotion on the horizon and Everett’s weekends about to be swallowed by work, to save the love they share they’ll need more than a one-night stand—they’ll need someone who’ll make them want to commit.

And when Everett lays his eyes on the confident, intelligent, hilarious, and oddly glittery stranger who approaches them one night with an unusual invitation, he has a feeling their search might be over.

Blindsided by a shocking revelation, Caleb’s determined to spend each day like it’s his last. The promise? If it means another night of fun shared with the man he loves, he’ll give it all he’s got.

When a night out with his boyfriend ends with a steamy proposition from a gorgeous stranger, Caleb doesn’t think life can get any better. Still reeling from news that broke him over a year ago, Caleb is eager to distract himself with carefree fun, and there’s nothing he likes better than seeing Everett have a good time.

Only there’s something in their perfect stranger’s eyes that speaks to him—something he can’t shake.

And something that leaves him ready to defend both Everett and their glittery conquest when what should have been the hottest night of their lives goes wrong.