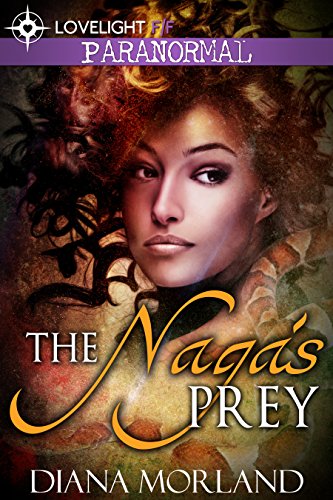 Tania is a naga, and nagas, while similar to humans, are better than humans in every way, and should be worshiped. When Tania meets a young man who finds her disgusting, she sends him to the hospital with her venomous snakebite. Her clan doesn't approve of this—so she flounces out of there, and soon finds herself in the big city, able to sense love of snakes but unable to make sense of anything else out there. She might be more than human, but she's also lost.

Mila is a veterinarian who loves snakes—actually, she loves all animals, but snakes are her favorites. So when she meets a gorgeous woman at a herpetology convention who's actually into her, she thinks it's too good to be true. And maybe it is, because when Tania confesses that she's a naga, she doesn't know what to believe.

The two of them tumble quickly into each other's lives, striking sparks against each other. But if Mila can't worship a naga, and Tania can't respect a human, maybe their relationship is doomed.

But they're determined, if nothing else, to see it through to the end.