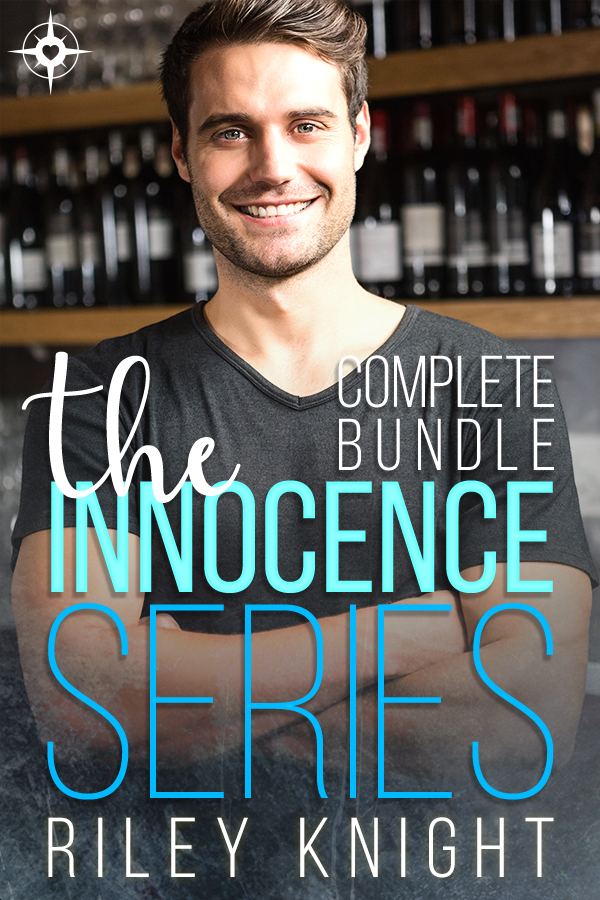 Amazon
Part of the Innocence series:
Editions:Kindle: $ 0.99
View on Goodreads

What if everything you knew about faith was wrong?

Isaac doesn’t know how to feel about his sexuality. A preacher’s son shouldn’t be at a gay bar, and he certainly shouldn’t go home with handsome bartenders, but with a broken car and an oncoming storm, maybe it’s time to try something new.

Ben is the only reliable bartender in Texas, or at least, that’s how it seems. Maybe it’s that he works in a gay bar, but when he realizes that the new preacher’s son just asked to use the phone, he figures Isaac is just in the wrong place. He has no idea that his life is about to be changed forever.

Bad boys are nothing but trouble...and impossible to resist.

Sam is searching for redemption. After being kicked out of Harvard, he’s working hard in a job he isn’t very good at to earn his way back into school. He doesn’t have time for romance--and the last time he had a crush on a guy, it nearly ruined his life.

Gunner is a bad boy running from an even worse past. When his bike breaks down in a small town in Texas, he’s forced to stop running, at least long enough to meet a gorgeous, bored, too-smart-for-this guy working at the autobody shop. The owner offers him the chance to work for the parts he needs, and Gunner begins to realize that not even the freedom of the open road can replace the need for a home to call his own. Too bad the demons of his past are only a few miles behind...

Will is a gay, atheist single father struggling to keep his son safe from the suffocating attitudes of rural Texas. When his son becomes involved in the youth group at the Methodist church, Will fears that Stephen may be hearing homophobic rhetoric from his new social circle. He confronts the minister--only to be surprised when he finds out that the minister himself is gay.

Judah is a repressed, virginal young minister, desperate to build a close-knit church community in a town soured on religion. He believes a youth choir could be just what he needs to build interest in the church, but a local science teacher takes exception when his son is eager to join, and Judah has never met a man who challenges him so much--or attracts him.