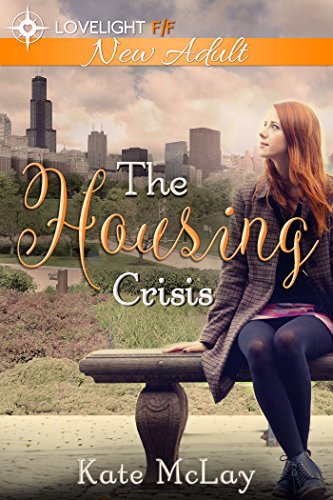 When Alyssa’s roommate leaves her in a lurch, she’s desperate to find someone, anyone, to move in with her. Rent is coming due and she can’t afford to pay it by herself. There’s only one rule: no boyfriends allowed. Her religious family would throw a fit if they knew she was living in a house with boys.

Hannah doesn’t have a boyfriend. But her cheating ex-girlfriend has made her housing situation untenable. With her career as a musician about to take off, she can’t afford a distraction. A tip from an old friend leads Hannah to Alyssa and a roommate match made in heaven is born.

Filled: one girl next door plus one singer equals domestic bliss?

Alyssa thinks Hannah is really cute. Which wouldn’t be a problem if she were into women. Hannah has no interest in dating a straight girl. But when sparks fly, neither young woman can say no to the chemistry between them.

Despite their passion, Alyssa’s worried about the reaction from her conservative family. Even worse, Hannah’s career may take her out of state for good, stopping their relationship before it even begins. They will need to face their problems together or be torn apart.

Can Alyssa overcome who she thinks she is in order to be with the woman she loves? Can Hannah learn to trust again after a failed relationship?

Or will they both be putting up housing wanted ads before their lease is up?