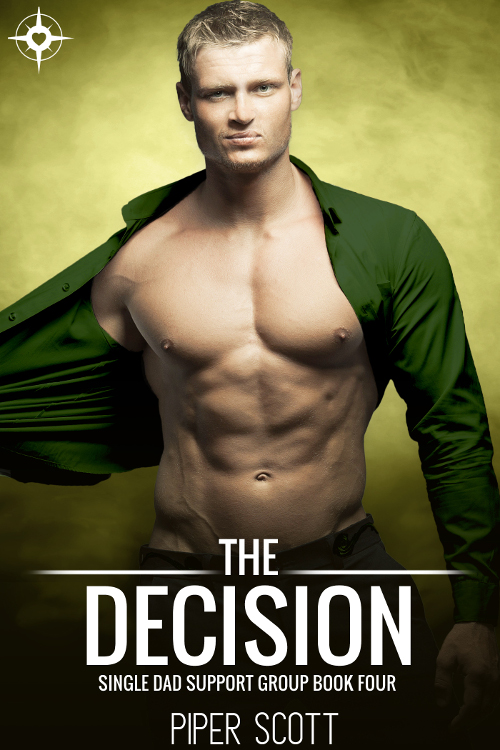 Harlow’s starlet daughter is about to make an announcement that will change his life. The decision? It’s going to send him on a collision course with love…

Loyal, kindhearted, and a family man to the core, former-SEAL-turned-bodyguard Harlow isn’t prepared to have love smash face-first into his fist after one of the worst days of his life… or to have it arrive in such a cute package. For seven lonely years following the loss of his husband, he’s been too wrapped up in raising his teenage daughter to think about a relationship. His responsibility is tied to his family, not someone young enough to be his son…

Shy, sensible Simon is presented with a difficult choice when he comes face to face with the man of his wet dreams. The decision? It’s about to heat things up between his sheets, big time.

Computer whiz, adorable geek, and secret fetishist Simon is trapped in a life he wishes he could escape, made better only by risqué dreams of a man he can never have—his way-too-hot employer, Harlow. But when a series of events leaves him sharing a roof with Harlow unexpectedly, clinging to reality isn’t the only thing getting hard.

Fantasies aren’t meant to be real, but the way Harlow looks at him, speaks to him, and touches him is electric… chemistry like that can’t be imagined, can it?

Bound by obligation to their families while their hearts yearn for each other, Harlow and Simon must make a choice—indulge shamelessly in what they’ve found together without regard for the future, or make the decision to do what’s right for their families, and leave love behind.

The Decision is a 115,000 word contemporary omegaverse novel featuring a quirky group of single dads, hot 18D action, absolutely filthy air mattress encounters, and two very different men who find exactly what they need in each other.