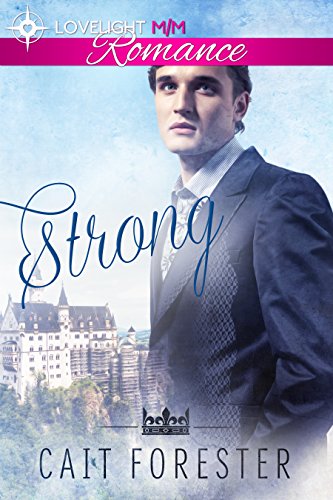 “It’s not every day you get to save a fit bloke from danger on your doorstep.”

When Cyrus leaves his crap job hours after midnight to walk home to his equally crap apartment, the only thing on his mind his mind is sleeping in the next day and ordering a pizza. Until he saves the mysterious, and adorably nerdy, Edgar from being beaten up by some local thugs when Edgar’s car breaks down in front of Cyrus’ apartment, that is.

“I know I’m the Prince, but I just wanted to be Edgar.”

Prince Edgar is used to staying cloistered behind the Palace walls. He’s comfortable in his own rooms, away from the crowds that make him stammer, his anxiety rising to the forefront. He’s used to people wanting something from him, and for the most part, he doesn’t mind doing his duty to king and country.

Edgar knows that tradition - and his father, the King - expects for him to take a bride and make an heir. There’s just one problem with that: he’s gay. He’s been content to hide his true self for years, but when he falls in love with the boisterous Cyrus, he finds himself daring to dream of a life beyond expectations.

Will Edgar give in to the demands to keep his lover hidden away, or will the love he makes with Cyrus make him strong enough to forge a new path for his future?