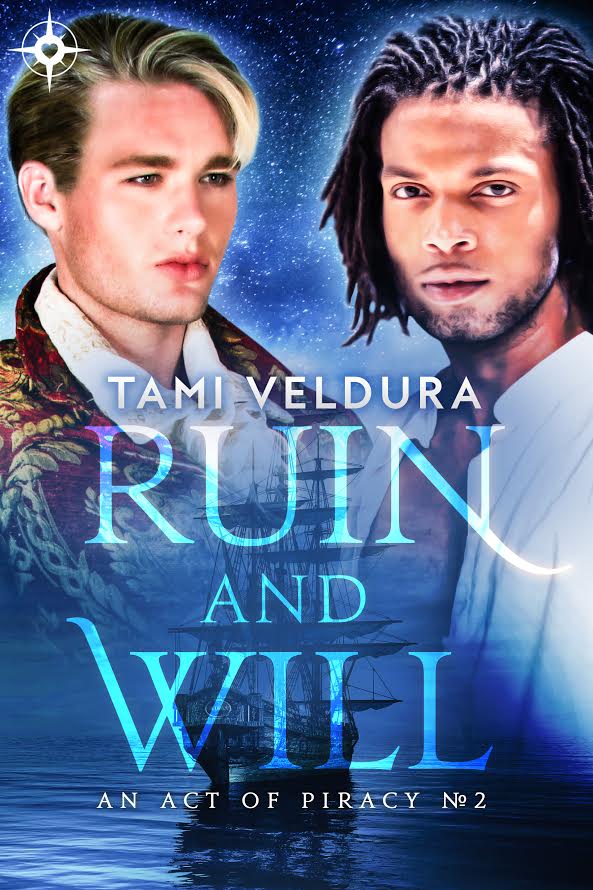 Amazon
Part of the Ruin and Will series:
Editions:Kindle: $ 2.99
View on Goodreads

To change his fate, Kyros Vindex made a deal with witches: Eric’s heart for anything in the world. But the cost of love was too high. His quartermaster and best friend Araceli Cross is trapped with the spirit Ghalil. Driven by his guilt, Kyros becomes obsessed with the impossible. To get Araceli back, he’ll have to renege on the witches’ blood pact.

Finally free of the demon that possessed him for seven years, Eric Deumont is ready to chase the horizon. Try as he might, he can’t convince his lover Kyros to move on. And Kyros expects him to return to the plantation, and the man, where it all started; as if there was a chance Philippe could pull Araceli out of the jar. But Eric won’t risk unleashing Ghalil, not for anyone. It’s time to cut and run.

Araceli fights Ghalil with everything she has but when the demon merges their souls, they break the seal of their cage. However, physical freedom doesn’t change the fight for dominance. Ghalil’s demand for blood shackles her, and Araceli is nobody’s slave.

With Ghalil free, time is a luxury that no one has. And all the while, the witch crows watch...