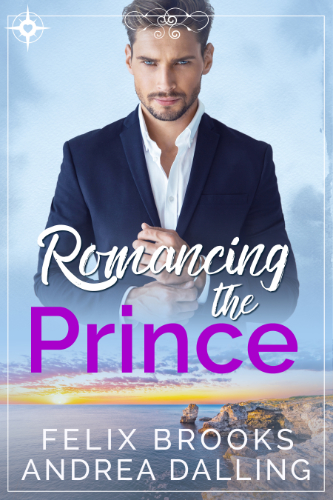 When a European prince falls for the son of a U.S. senator, their secret romance could cause an international scandal.

College sophomore Lucas grew up as the privileged son of a powerful senator. That all changed when Lucas's indiscretion freshman year destroyed his father's chance at reelection. Now his father is being sent into political exile as ambassador to a small Mediterranean island. Worse, his parents pull Lucas out of school, saying that living abroad will be a good experience. But he's sure their real goal is to somehow "ungay" him. With embassy guards watching his every move, he's practically in prison.

As the younger son of the King of Kalyphos, Prince Nicolo has been called The Spare since birth--and feels every bit as useless as the name suggests. With his responsible older brother being groomed for leadership, twenty-five-year-old Nico struggles to find meaningful work to counter his reputation as Europe's most wicked playboy prince. His rumored penchant for curvy fashion models hides a truth he doesn't dare reveal.

When Nico meets Lucas, the attraction between them is immediate and palpable. Nico offers to show Lucas the island's sights, and they can't resist the passion that soon burns between them. They both know discovery could lead to scandal and threaten the very existence of the monarchy of Kalyphos. Can they keep their affair secret? Or will their burgeoning love destroy both their families?