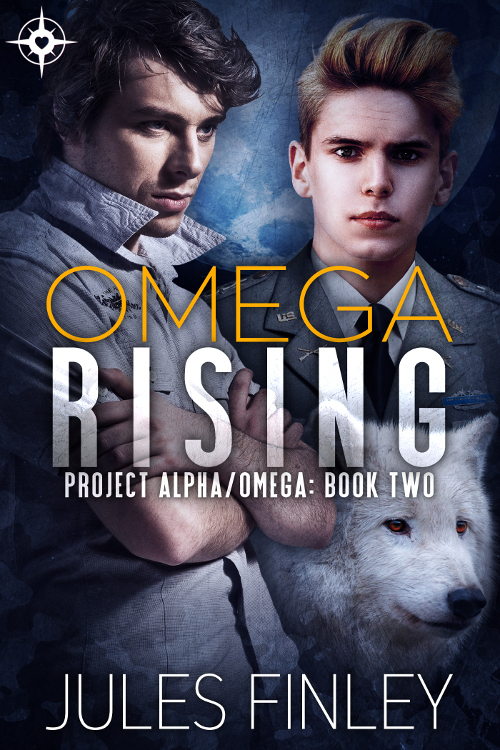 War has forced Liam Tilden to become someone he’s not—and his secrets threaten to tear what’s left of his family apart.

Blackmailed into enlisting in secret military operation Project Alpha, Liam’s life is no longer his own. All that keeps him going is knowing that his compliance keeps his twin brother safe from the truth.

But when Liam meets Omega soldier Jaime Sullivan and feels the instant bond between them, protecting his brother is not enough. He must keep Jaime safe from the dangers lurking beneath Project Alpha’s surface, no matter the cost.

Project Alpha is the last chance Jaime Sullivan has to change who he is.

Outcast by his family after being dragged out of the closet, Jaime turns to Project Alpha with the hopes it will erase his past. But when gorgeous Alpha soldier Liam Tilden takes him to bed and gets him pregnant, there’s no escaping the truth—

He’ll never be who his family wants him to be.

The enemy is at their doorstep, and with a new life on the way, there’s a lot to lose. But the biggest obstacle Jaime and Liam face might not be the war—but the secrets they keep from each other.