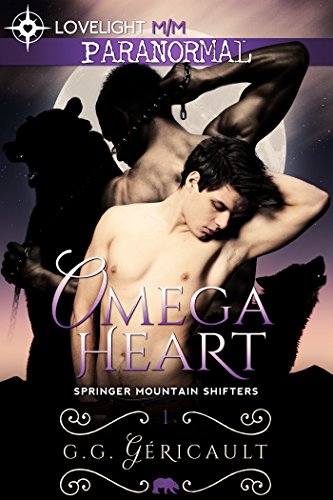 Throughout certain magical circles, a male omega wolf’s heart is considered a valuable commodity. Used for all manner of spells and potions, the heart of an omega is renowned for its fertility properties.

When Benjamin Noble woke up in an operating room, his wolf howled with despair. Lone survivor of an attack on his pack, Benjamin was taken alive for his omega heart. With one look to his right, that heart identified its true mate.

Holden McKenna had been held captive for three days. His alpha grizzly blood is considered priceless, after all.

Recognizing its mate, Holden’s bear breaks loose. Saving Benjamin is only the start, though.

Around them, a mystery unfolds. Between them, intimacy blooms. As the threat of recapture looms, Holden’s worldview collides with Benjamin’s leanings toward the mystical.

Can a wolf and a bear who come from similar but disparate worlds ever transcend their differences to become one?