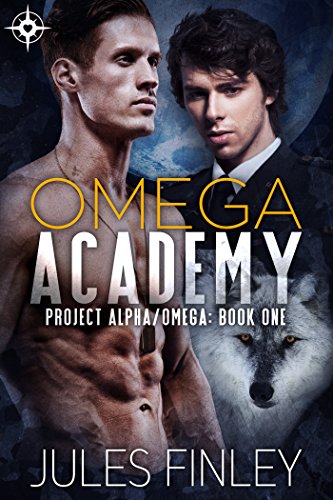 War has taken everything Bryce Tilden loves, but he won't let it take away his hope.

Giving himself, body and soul, to a man he's never met was never something Bryce thought he would do until he enlists in Project Alpha, the military's most secret operation to date. After all, Bryce is straight. No genetic modification is going to change that.

But after a medical procedure goes wrong and he awakens as an Omega, there isn't any choice but to submit and serve at the side of a powerful Alpha unit. At first, Bryce is appalled—

—until Jackson Henley walks into his life and awakens in him an inescapable bond that turns Bryce's whole world upside down.

Jackson Henley is looking for an honorable way to die.

Haunted by his traumatic past and without hope for the future, Jackson sees Project Alpha as the death sentence he craves. Trained to be the ultimate warrior, he knows he'll risk it all on the front lines, and with his upcoming match to an Omega unit imminent, he hopes it won't be much longer before that risk turns to ruin—

—until a chance encounter with an Omega he's forbidden to love awakens within him a protector who will do anything and everything to keep safe what belong to him.

All it takes is one moment to change two lives forever.

Drawn together by fate but kept apart by circumstance, can two souls made for one another overcome the obstacles separating them and turn the tides of war?