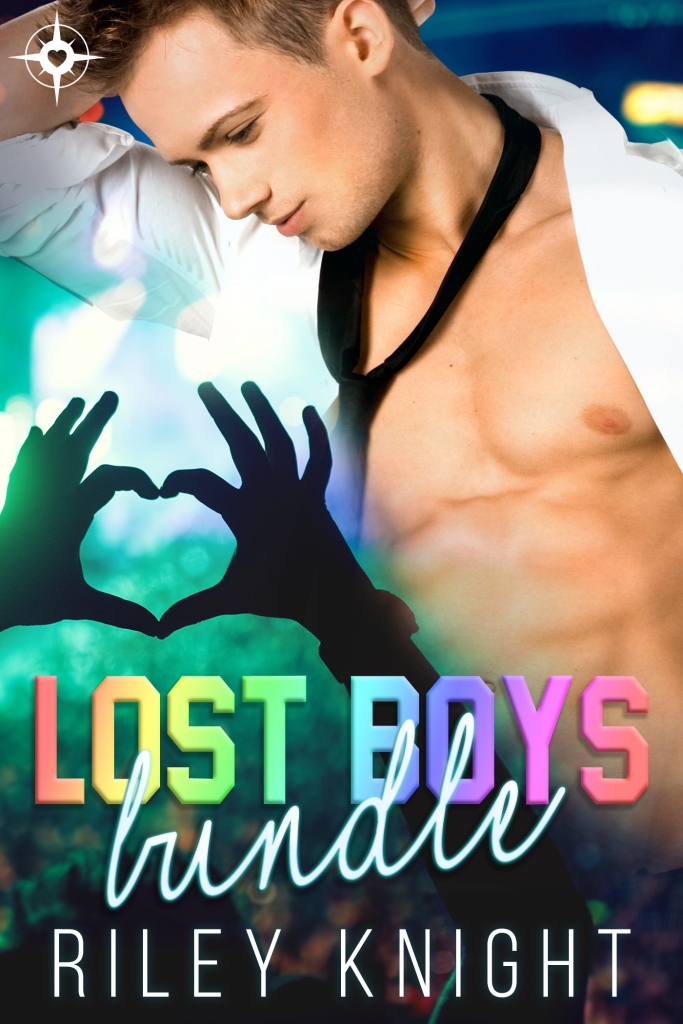 Back for one final show, the Lost Boys series is now for sale in a complete bundle! Don't miss out on the chance to have all four of these exciting, heartwarming gay romances for one low price!

When you follow your dreams, who gets left behind?

Noah is serious about life. Growing up as an orphan, he had to work for everything he got. As a dedicated student, the one person he can rely on to remind him to have fun now and then is his best friend, Darien - and he’s about to lose him.

Boys just want to have fun, too - Darien isn’t ready to grow up. When the chance comes to tour the world with a new all-queer boyband, the Lost Boys, he’s eager to leave studying and college behind. The only problem is, he’s in love with his best friend, and neither of them can afford to give up their dreams.

Can Noah and Darien learn to balance each other and make it work? When his manager makes an ultimatum, Darien has to choose - love or fame?

Playboy Lance and his best friend Ken are shocked when their band manager demands they start a fake relationship--the Lost Boys are an all-queer boyband, and Lance’s public dates with women are ruining their image--but they’re willing to give it a try. After all, anything for the band, right? It’s just PR.

Enter Jamie, stage right. Auditioning to fill an empty slot in the Lost Boys, Jamie is like no one Lance has ever met before. He’s supposed to be dating Ken in public, but all he wants is their newest addition, alone, in secret, undressed…

Lance and Jamie both have enough baggage for a lifetime, and the paparazzi surround them 24/7--not to mention a band manager with an eye for trouble. Can an inconvenient attraction ever turn into something more, and if it does, will the band survive it?

Love is blind…and Ken is oblivious!

Justin is doing his best to raise his daughter on his own, while maintaining his career as a songwriter for the hot new all-gay band, the Lost Boys. He also happens to have a major crush on one of the stars of the band, but there’s no way the young, hot superstar would want to date middle-aged single father.

Ken has no idea Justin is harbouring a secret desire for him, but he does have his eye on his bandmate, Aaron, after striking out with Lance. He’s the only one that doesn’t realize it’s hopeless. When the Lost Boys find out that their finances are in the red, it’s up to Ken and Justin to save the band with one amazing single--little do they know, the band’s troubles run deeper than their bank account.

Can they keep the Lost Boys from financial ruin? What secrets will be uncovered in the process? Will Ken ever open his eyes and realize that the love he’s been looking for has been right beside him the whole time?

The Lost Boys have a new manager, and one last shot to save the band...

Aaron can’t help but notice their tall, dark, and handsome manager is exactly his type, but he doesn’t have time for a relationship. His younger sister is acting out and it’s up to him to start a new life for them both--even if it means leaving the band once and for all.

Brad is the new manager for the Lost Boys, and he’s determined to keep them together and bring the band to new heights. That means keeping Aaron--who Brad just happens to be falling for, hard.

Can the sexual tension between Aaron and his manager get any thicker? Are the Lost Boys destined to break up?