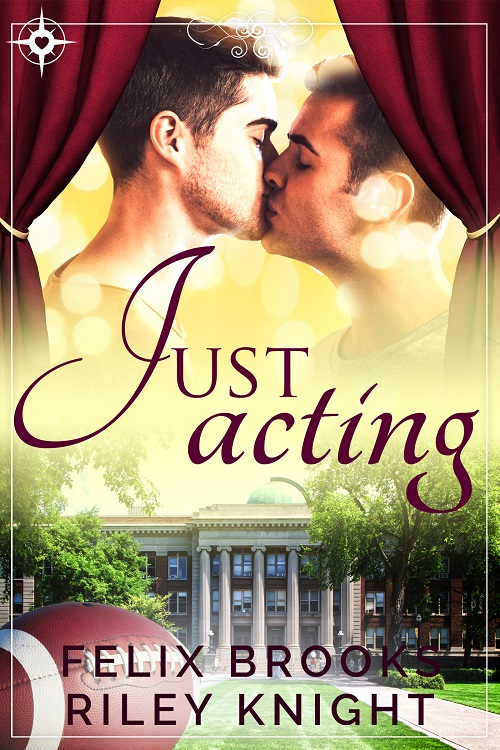 Riley Knight and Felix Brooks team up for their first ever full length novel release!

A closeted gay theater major and a questioning college football superstar fall for each other after being assigned as roommates. Can two people from such different worlds make it work?

Sean learned early on that being gay wasn’t okay, and he’s always been very careful to avoid letting anyone even guess that he’s far more interested in romance with a man than a woman. Which has led to him being lonely and alone and deeply focused on the only things that he has allowed to matter to him, music and theater.

Josh has received his own messages loud and clear from his time in the highly homophobic world of football. Though he has always suspected that he must be bisexual, he’s hardly had the chance to act on it and has always had shame around his desires.

When the two of them are thrown together, the sparks are immediate. Neither one of them will admit it, or has any idea how to deal with it, but despite that, they soon find themselves fumbling toward a relationship that feels like it could be something real.

If anyone found out, Josh could lose his scholarship, and football has always been the thing that matters the most to them. Sean could lose his entire family. Are these risks that the two men are willing to take, or will they be doomed almost before they get started?