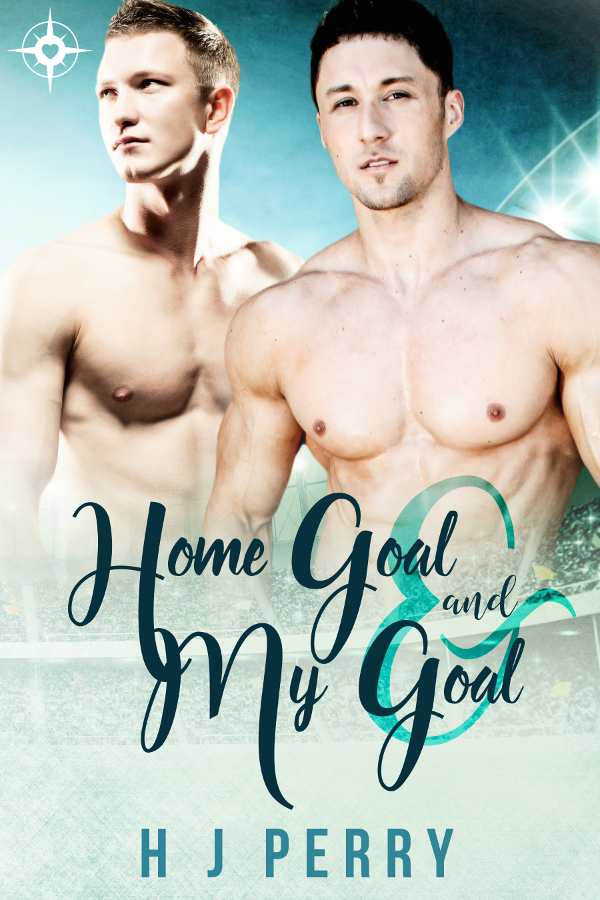 Not one but two realistic tales of gay romance set in a fictional British premier football team. These stories were first published separately in 2016 and are now combined in one volume.

Home Goal:
Jason is in the closet. He's given up on love to play football at the highest level. He doesn’t want to be the poster boy for LGBT people in sport—and his advisors have told him that coming out will ruin his career. It’s not an issue until Scott captures Jason’s heart and turns his world around.

Scott has always been out. Funny, clever, and a terrific dancer, the science student has many talents but the man he loves requires something else—discretion. They seem an unlikely couple but neither can resist the chemistry that draws them together.

He’s cocky, he’s arrogant, he’s entitled to his big ego. He an International footballer and a multimillionaire. Carlos Garcia’s a huge success on and off the pitch, and he’s got it all. Joining a new football club, he wants his teammates to like him, especially the one man who sets his pulse racing.

As the quietest guy on the football team, Harry Carter avoids attention. He’s so scared of people finding out he’s gay that he’s made sure there are just clothes in his closet. He has nothing to hide, there’s no history, no past, no secret boyfriend, not even a one-night stand. Ever