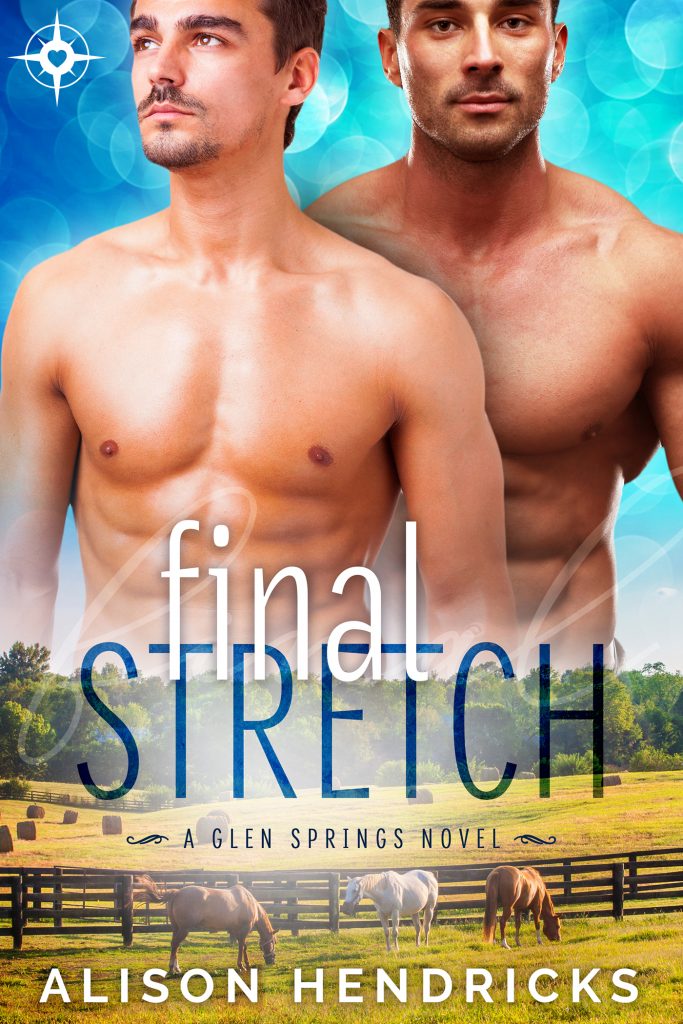 Superstar NFL running back Travis Morrison has been chasing down the same dream since he was a kid. The down-home, aw-shucks, former Eastshore favorite has always known his talents lay with football, and he’s never hoped for much more. But when the man he was going to marry leaks a sex tape of the two of them, Travis’ golden boy image—and his world—is turned upside down in an instant. Keeping a low profile at his brother’s place in Kentucky to save his career seems doable… if he can resist the temptation of his brother’s smart-mouthed best friend.

Shane McMillan was on the inside track to the Kentucky Derby when a devastating accident destroyed his career and his confidence. After five years, he finally feels like he’s managed to escape the limelight thanks to his best friend and the welcoming folks of Glen Springs. The peaceful life he’s built rehabbing horses on his small ranch is everything he needs, until temptation arrives in the form of a disarming smile and a hot, athletic body. His best friend’s brother is definitely trouble—but he’s the kind Shane just can’t seem to resist.

When a misunderstanding leads Travis to work at Shane’s ranch, the growing attraction between them starts to burn out of control. Long, hot days lead to even hotter nights when fantasies become reality. Just as their desire starts to turn into something deeper, a photo of them becomes hot news that threatens to shatter everything they’ve worked so hard to achieve. With Shane’s past exposed and Travis’ career in jeopardy it all comes down to the final stretch.