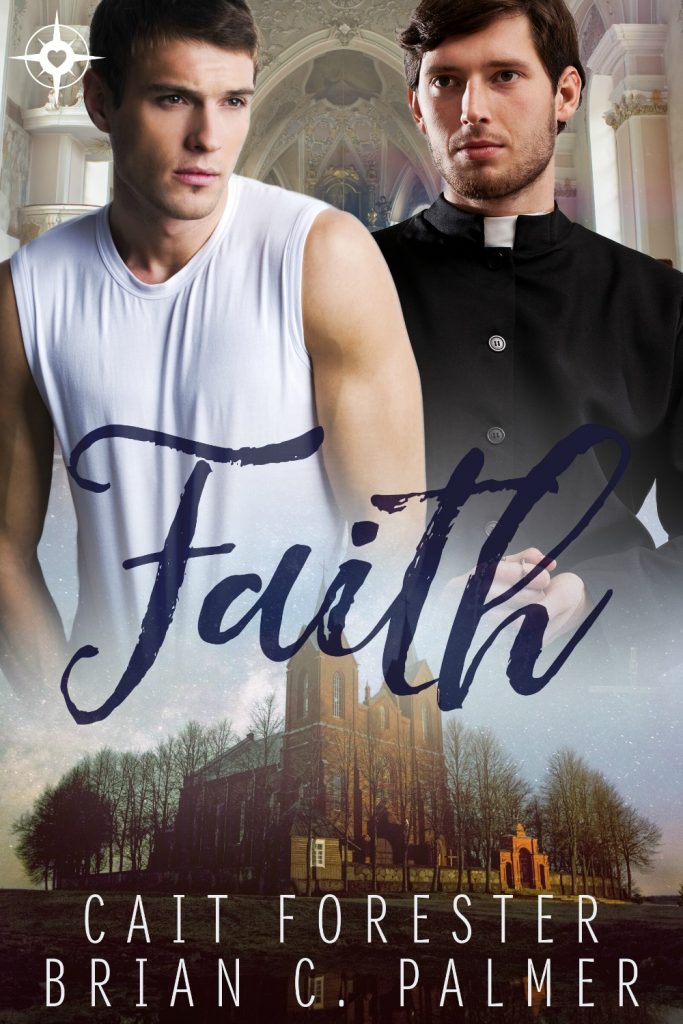 Amazon
Part of the Men of Virtue series:
Editions:Kindle: $ 3.99Paperback: $ 12.99
View on Goodreads

faith: noun. complete trust or confidence in something or someone

Alex Turner has his life completely planned out - he's going to get his law degree, transition into politics, and marry his boyfriend before they adopt their 2.5 kids. He's going places, and he's never, ever going to let the ghosts of his past slow him down. Of course, he hasn't prepared for his boyfriend to dump him and his fraternity to become embroiled in a hazing scandal, or for the most painful bit of a past he thought was behind him to come calling him back to his old hometown. His perfect life is quickly going to hell... now he needs something he can believe in.

faith: noun. the strong belief in God or the doctrines of a religion

Leo Saint-Claire has always known that he would devote his life to the priesthood. From his first time serving on the altar in middle school, he's dreamed and planned to spend his life devoted to God and his service. That he is also gay is of no consequence; he's not running from one life - he's embracing another. Meeting one of his old childhood friends at a soup kitchen shakes him to his core. Alex was his first kiss - his only kiss. But Leo isn't concerned with romantic entanglements--so how can he reconcile the demands of his faith with the demands of his heart?

To Leo, running into Alex again just months from taking his vows feels like a test from God... the ultimate temptation. To Alex, being reunited with a childhood friend may be exactly what he needs. But the passion between them burns bright and hot, and what seems like a simple fling gives way to true feelings. Is faith enough to keep them together... or apart?