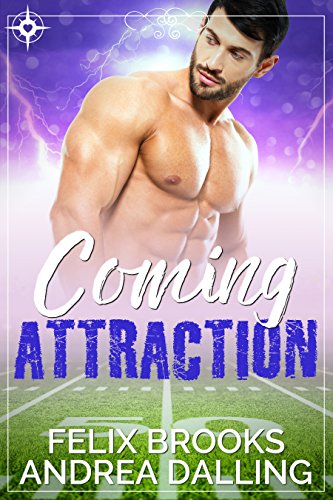 When friends become lovers in the hyper-masculine world of college football, sometimes coming out isn't an option.

Fun-loving Waseem likes his freedom. The wide receiver for the Coastal College Pirates has never stayed with one guy for long. So why can't he put football teammate Brent out of his mind? Brent is straight--he's been dating the same girl for years. Waseem knows that the sexy blond with the chiseled pecs and rakish smile can't be more than a fantasy.

Business major Brent has always played by the rules. But his vision of the future is shattered when his girlfriend dumps him without warning. Even more confusing, he's developing feelings for Waseem unlike anything he's ever known. Brent isn't gay. So why do his friend's dark, smoldering eyes and infectious laugh stir this strange, new desire in him? It's an attraction Brent can't deny--and a fire quickly blazes between them.
But Brent's conservative family will never accept his orientation. When the truth comes out, Brent's world is thrown into chaos. Will he give in to the pressure to forget Waseem? Or will he give up everything to be with the man he loves?
Published: October 27, 2017
Publisher: LoveLight Press
Genres:
Contemporary, M/M, New Adult, Sports
Tags:
Andrea Dalling, Felix Brooks