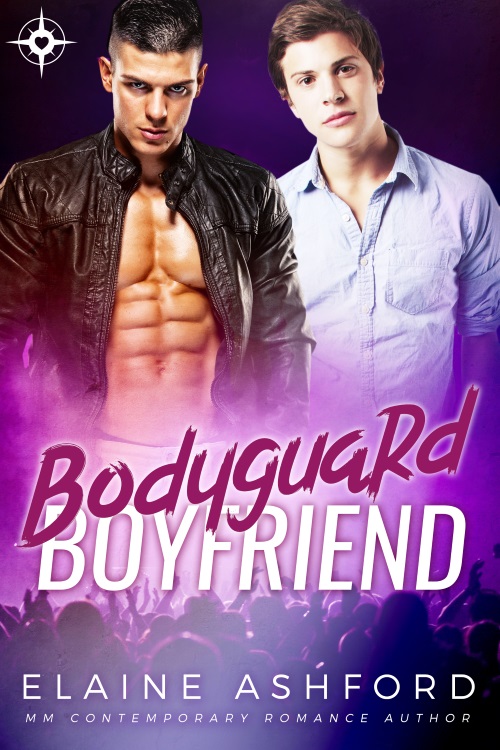 Pop star Adrian needs a new bodyguard as soon as possible, and the hottie the agency sends is exactly his type. At least visually. But Rob isn't as dull as he seems and there's a softer side to this ex-military man that Adrian didn't expect.

Rob doesn't care what his new boss thinks: he just wants him to be more careful. Adrian's recklessness with strangers is going to get him in trouble, and make Rob's job more difficult than it has to be. But Adrian's sunny personality doesn't turn off when it's just the two of them in a hotel room, and this young star might be more charming than Rob knows what to do with.

Becomes more than a job...

Just because Adrian flirts like it's breathing doesn't mean Rob has to be any less professional on the job. Somehow, it's happening anyway. When a couple of fan encounters go sour - and heart-pounding - Rob has to admit that he cares more than he thought.

Tumbling into bed together isn't the problem, it's figuring out how to date out of the public eye.

But how far can that go?

Falling in love means Rob cares more than ever about keeping Adrian safe. But not all dangers are so easy to spot. This time, it's not some crazed fans: it's a family matter. And Adrian wants Rob to keep out of it. Are Rob's protective instincts going to drive them apart? Or is there a real danger out there, and will Rob be in time to save the one he loves most?