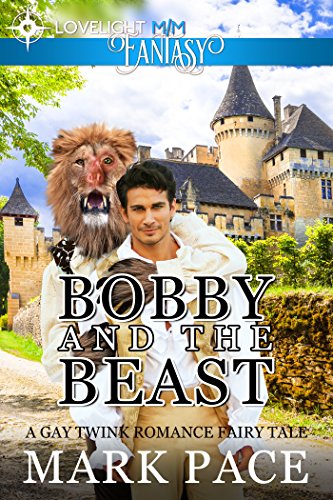 Prince Christopher is as conceited as he is handsome. After his overwhelming ego offends an evil sorcerer, Christopher is robbed of the source of all his arrogance: his looks. Transformed into a hideous beast, Prince Christopher has only a limited time to fulfill a near-impossible condition or the curse will remain with him forever.

Bobby Farmer is a stunning and innocent twink. When Bobby's father is imprisoned as a trespasser at Prince Christopher's castle, Bobby offers himself in his father's place, and Prince Christopher accepts the brave young man's deal.

It isn't long before a friendship begins to blossom between the happy-go-lucky Bobby and the newly-humbled Prince. Friendship isn't enough to lift the sorcerer's shapeshifting curse, and unless Prince Christopher can win Bobby's heart, his fate will be sealed... But as the Prince-turned-beast wonders, how can a man whose beauty is more than skin-deep ever come to love a creature such as himself?