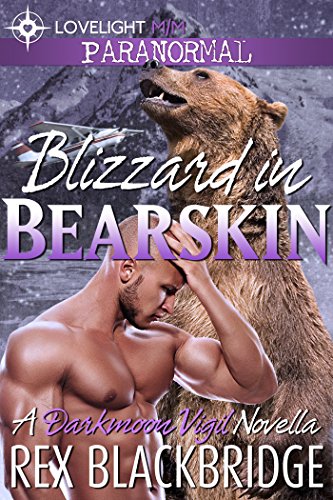 A no-nonsense werebear from the Arctic Circle. A chatty werewolf from the Chicago Loop. Polar opposites, each looking for a fire to ward off winter’s chill...

Abram Chernov isn’t a man of half measures. After a string of personal tragedies, he left everything behind to become an arctic bush pilot. A rugged refrigerator of a man, he now spends his days content in solitude, delivering mail and supplies to the remotest corners of the Alaskan tundra. When he’s not piloting his ski-plane, or grabbing a drink in the tiny town of Yakutak, the gruff shifter roams the wilds in his other, more comfortable skin: that of a giant kodiak bear. He’s not lonely, he reminds himself constantly; solitude suits him just fine. Some days, he almost believes it.

Nikan Parande, a slick young werewolf from Chicago, wishes his employer would stop sending him on assignments to the middle of nowhere. He’s been looking for a more substantial, serious relationship than what the Boystown club scene has to offer, but the demands of his career at shifter-owned Holloway Industries have relentlessly gotten in the way. One day he’ll find true love, he tells himself in between flight delays and full moons.

By the time Nikan hitches a late night ride into Yakutak, he’s sporting nothing but his wits, his gear, and a hastily scrawled out name... The name of a local bush pilot who’s supposed to be sympathetic to shifter causes. A small, remote silver mining operation—owned by the werewolves of Holloway Industries—has gone completely dark, and it’s Nikan’s task as a newly recruited security specialist to find out what’s happened. Although eager to prove himself, he won’t get far without Abram’s help. Together, this unlikely pair of shifters will face subzero temperatures and supernatural horrors in the land of the midnight sun. While struggling to survive the coming storms, they might even kindle a new flame - in each other's arms.